To get the swagger file follow the steps that were mentioned in my previous post which is using RESTUnited.com. There will not be any changes in steps to generate swagger except in authentication tab you will have to mention authentication token details and add it which will be as shown in below screenshots.

Now in Service Keys Section, Default HTTP Request Headers field you need to add this Authorization Token key in below format without any line breaks

*Replace the Values with the token that needs to be passed. Also we can pass multiple header Tokens here.

That’s It, Now just create a SmartObject using this Service instance and execute to see the result.

If you get any error with message like “Unable to Deserialize…” then its issue with the format of token that’s passed in HTTP Request Headers section…Just ensure that it is in above mentioned format without any line breaks . That’s It.

Also please note that this procedure should be used only for development purpose as per K2. Don’t ask me the reason (B’cuz I too don’t know :))

Note: Recently, when one of my friend tried to create a SmartObject over a REST Service instance that he created for a REST service which needs authorization bearer token, he was constantly getting 401, 404, 0 as response code but the same service he was able to run from Postman and fiddler without any issue. He tried all above mentioned things but still we couldn’t figure out what is the issue with REST when we are trying to connect with K2. so we approached K2 Team for help and when they investigated they found that its the issue with REST Service Api URL which has spaces in it and K2RESTBroker is trying to encode the URL which is already encoded…so as a fix we have removed spaces in REST service endpoint URL and the k2 is still investigating the actually issue behind the k2 encoding the already encoded URL. So just ensure that your REST Service URL doesn’t have any spaces in it.

Below are the community posts which will give you related information regarding this. 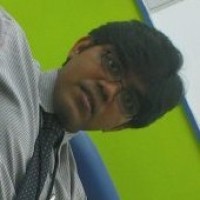 Follow Uncode K2 on WordPress.com
All about K2 by Brian
the BPM freak !!

discover your own way and lead the world... with Divya Raj

#iamtheiosphotographer Through the eyes of a wandering soul...

Saving the world with K2